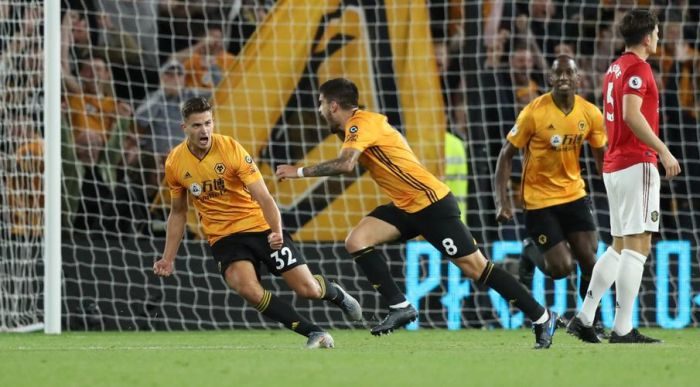 Anything is possible when it comes to football

Wolves are the team to watch in the Premier League this season.

On Monday night, they showed what they are made of in a pulsating 1 – 1 draw against Man United.

Despite not starting well, they grew into the match and missed so many chances in the second half to win the game.

I just love how they keep possession. They pass the ball around with so much confidence. Another thing to admire is how they are very fast on the counter: Diogo Jota, Raúl Jiménez & Rúben Nevesare 3 players that can beat any team on the counter in the league – They are so fast

Can Small But Mighty Wolves Finish In The Top 4?

Well as i noted above, anything can happen. How many people predicted Leicester City to win the title in 2016?

With Chelsea struggling under Lampard & Man United fighting for identity, Nuno Santo’s Wolves are a side that want to break into the Champions League spot. They can do it.

Do You Think Wolves Can Finish In The Top 4 This Season?

We want to hear from our football fans