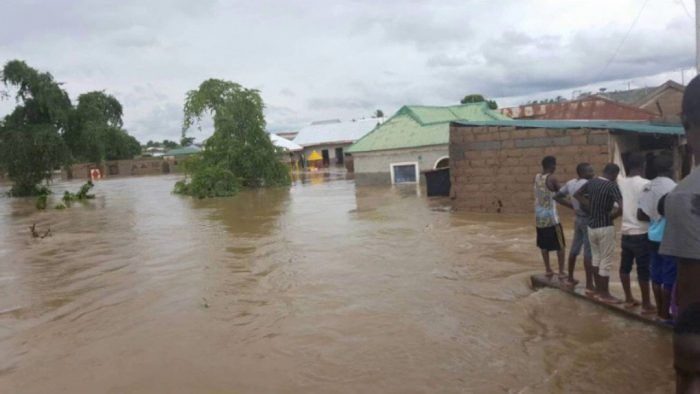 No fewer than 400 farm lands have been destroyed by flood in Jama’are local government area of Bauchi State.

The Caretaker Chairman of the local government, Samalia Jirma disclosed this on Tuesday when he paid a sympathy visit to farmers in the area.

The Caretaker Chairman, who was represented by the Head of administration of the local council, Kabiru Marafa, said that the flood in the local government was triggered as a result of over-flooding of River, Jama’are.

He said the local government was always at risk of flood due to the rising water level, which was a yearly experience.

“The water level at River Jama’are is known to rise and cause flooding in the local government every rainy season.

“The farmers in this local government are always at the receiving end because it affects their farms which most of them depend on for livelihood.

“We want to use this opportunity to caution parents to warn thier children to avoid going to the river banks, especially when it rains.This is to avoid tragic incident of any child being swept away by the river due to high torrent of water,” he said.

Marafa, who commiserated with the farmers over the loss, urged them to see the incident as an act of God.

He called on the Bauchi State government and State Emergency Management agency in the state to come to the aid of the farmers in order to alleviate their sufferings.