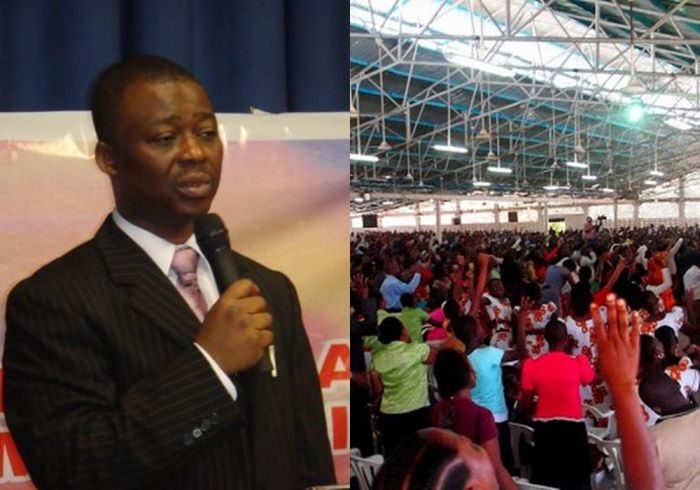 Founder of the Mountain of Fire and Miracles Ministries (MFM), Daniel Olukoya, has revealed that he got the vision to start the church as a tenant in a one-bedroom apartment.

‎Dr Olukoya made the disclosure Saturday during the church’s 30th anniversary and international convention holding at Prayer City along the Lagos -Ibadan Expressway.

He told the congregation during a sermon he titled “Rearranged for Revival”, which is also the theme of the convention, that;:-

“I was sleeping in my one-room apartment in the boys quarters of a house located on Herbert Macaulay Way, Yaba in 1977 when I heard a sharp voice. I then woke up and walked towards the door. But I did not see anybody.

“Again, for the second time, the voice came and as I was whose it was, the Holy Spirit said ‘son remember the call of Samuel’.

“Then he started giving the covenant that led to the establishment of the MFM.”

The 62-year-old said although he got the messages and the covenant from God the MFM was not founded until 12 years later.
‎
The MFM convention, which drew thousands of worshippers to the venue and millions of followers on several media platforms, kicked off on Friday evening.

It will come to a close on Sunday with a thanksgiving service at the Prayer City.